Hi! I'm a freelance writer, digital nomad, and Founder and CEO of Duraca Strategic, where I help passion & purpose-driven businesses maximize their impact through branding and marketing strategy consulting. My writing has been featured in Business Insider, Mic, BuzzFeed, the Washington Post, and more. 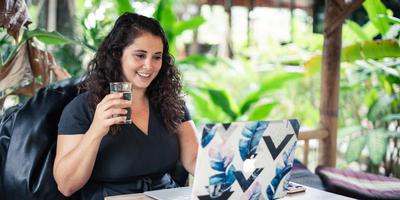 I started my own business so I could travel as a digital nomad, and I replaced my corporate salary within 4 months. Here are the 5 steps I took to do it.

Nothing will ever be exactly as you picture it. I always say the key to happiness is low expectations. Be ready to go with the flow and be flexible once you start your journey — that's what makes being a digital nomad amazing: being able to follow your heart around the world. You have to find what works best for you. I was in a very privileged position to be able to take this leap — I had valued skills and experience, financial independence, a supportive family, no real responsibilities, and an American passport. If you don't have those things, you can still be a digital nomad, there will just be additional challenges along the way. But no matter your circumstances, planning your transition to nomadic life before you make the leap will make you more likely to succeed — whatever your definition of success is. 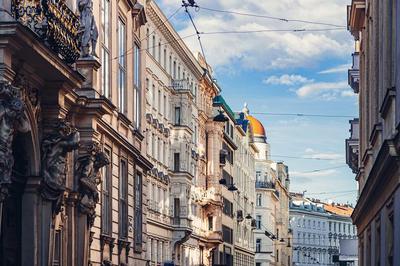 My Grandparents Fled the Holocaust, and I Returned to Their Homeland After Reclaiming Their Citizenship — Here's What It Was Like

Both of my grandparents on my mother's side were Austrian Jews who escaped the Holocaust. Austria and Germany recently passed laws allowing the descendants of victims of Nazi persecution to reclaim the citizenship that the regime stripped of Jews. In Austria, this is section 58c of the Austrian Nationality Act, and in Germany, it is Article 116 of the Basic Law. I am one of the 14,785 new Austrian citizens under this law, the Austrian Foreign Ministry told Travel + Leisure, more than 3,000 of whom are from the United States, like me. 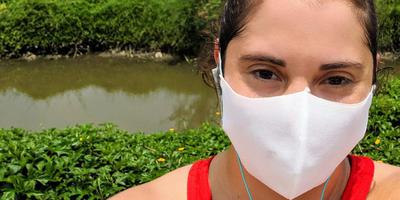 I'm a digital nomad who was traveling the world when the coronavirus pandemic began. Here's why I chose to quarantine in Vietnam instead of the US — and why I'm glad I did.

In September 2019, I quit my job to start my own business and marketing strategy consulting practice and travel the world as a digital nomad. I came to Hội An, Vietnam in February, intending to stay for one month — and then, the coronavirus happened. I'm still here, and don't currently have a plan to leave. 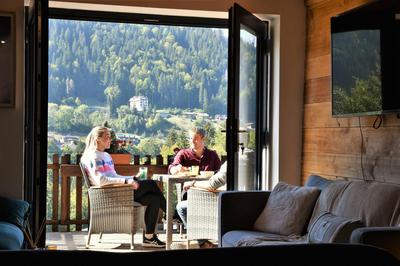 Combining Work, Play, and Community in the French Alps

Climate change was one of the main factors Plunkett McCullagh presented to his family when he pitched using part of the family’s inheritance from selling their countryside pub to found Heyday Chalet, a new co-living spot for digital nomads in Morzine, France. 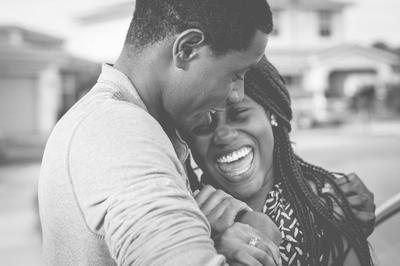 Safer abroad? Black American travelers are glad to be outside the U.S. 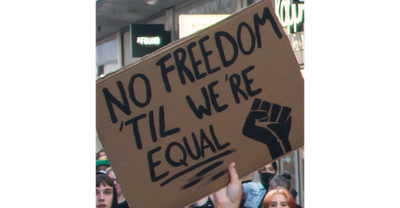 Opinion: We are the problem. We must stand with Black Americans and acknowledge the role racism plays in our institutions — and the work itself.

Peace Corps is supposed to represent what’s best about America. If we as individuals cannot stand up against systemic racism and oppression at home, we are not qualified to work alongside nonwhite people anywhere in the world. And if we don’t demand that same commitment from Peace Corps, what future will it have? 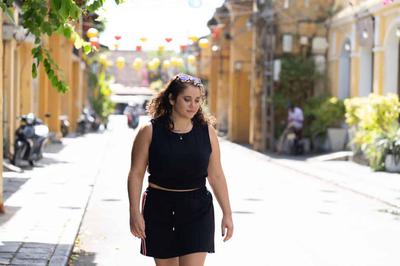 To My International Friends About Black Lives Matter

I’m a multicultural and Latinx American digital nomad currently in Vietnam. I’m surrounded by non-Americans. After George Floyd’s murder, at first, I tried to act normal. This is an American issue, I thought. I cannot expect non-Americans to understand, or to care. 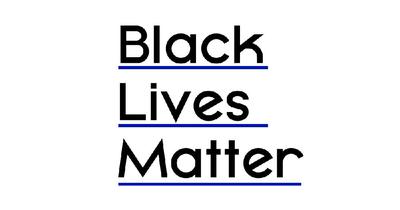 Not sure how to address Black Lives Matter? Read this.

I’ve seen a lot of organizations floundering in the last couple of weeks, unsure how to communicate and what to do. Folks are arguing with their executive directors, CEOs, and Boards just to put out a statement acknowledging that Black Lives Matter. This is not a political issue. It is a human rights issue. 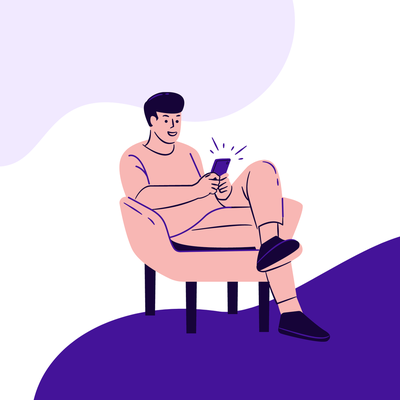 7 unexpected takeaways from starting my own business

Starting a business is challenging in the best of times — and I think we can all agree 2020 isn’t the best of times. It’s been almost a year since I founded Duraca Strategic, and I can definitely say the positives have outweighed the tough times. 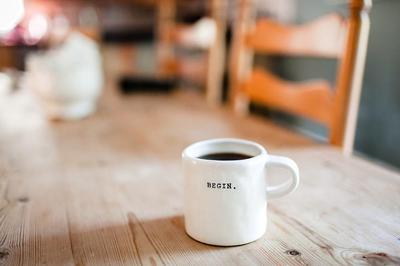 Peace Corps Volunteers innately have a lot of the qualities required to be successful entrepreneurs and leaders. That’s why it’s no surprise to see returned Volunteers behind the helm of organizations small and large. 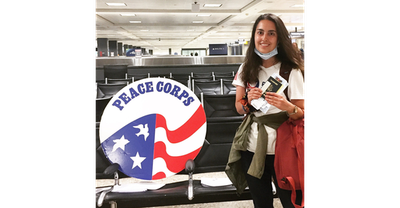 "Hours before our flight, at our Close of Service conference, my [Peace Corps] Country Director asked me how I was feeling,” Quinton Eklund Overholser said. “Only then did I muster a single word: heartbroken." Overholser had been dreaming of serving as a Peace Corps Volunteer in Myanmar since his first year of high school — even before the Peace Corps operated in Myanmar. He was in Myanmar training to become a Volunteer when, in mid-March, the Peace Corps suspended operations for the first time 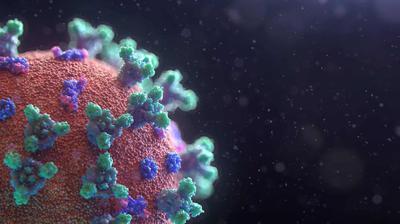 Nomading in the age of Coronavirus

For many of us digital nomads, COVID-19 has transformed our dream-like reality into a bit of nightmare. I say this not to spark fear, but to share the challenges of this lifestyle. Granted, everyone is struggling right now. Everyone is affected. This is an unprecedented global event, the likes of which I’ve never experienced in my lifetime. 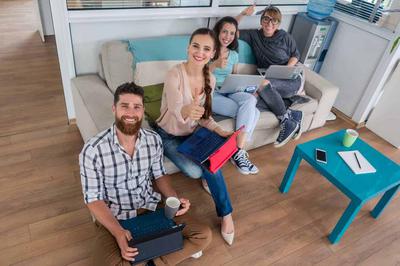 Nomadily Ever After? Lessons from Digital Nomads

We asked long-term nomads what they’ve learned from their years on the road and how their attitude toward nomading has changed over time. Whenever people ask me how long I’ve been traveling as a nomad, I say, “I just started in September 2019 — I’m a baby.” There’s a bit of a street cred you have the longer you’ve been traveling, especially if you started doing it before it was a thing. 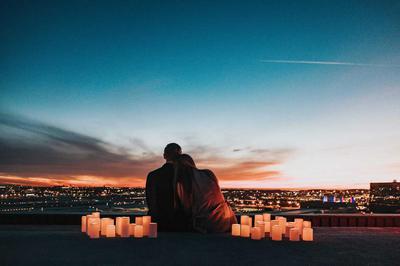 Dating and love are fundamental parts of our lives. That doesn’t change when we hit the road. But dating as a digital nomad does present unique challenges — and opportunities. Read on to learn more about dating on the road — and some real-life stories of couples who didn’t just catch flights, they caught feelings. When I started talking to nomads about dating, they mentioned issues I’d never even considered, such as finding a partner who never wanted to settle down in one physical location. Whe 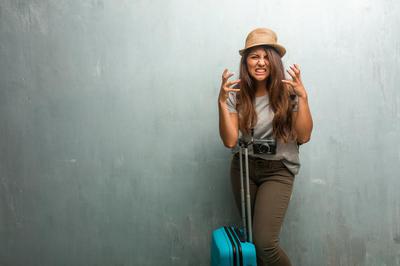 How Not To Be An Asshole While Being A Digital Nomad

We become digital nomads and travel for all kinds of reasons. But most travelers can agree that one of the greatest gifts of travel is learning from other countries, cultures, and people. Seeing different ways of doing things and meeting the people that do them. We sometimes take these gifts for granted. We might forget for a moment how incredibly lucky we are to be here. To have the passport that lets us magically cross borders and to have the financial resources to make it happen. We might st 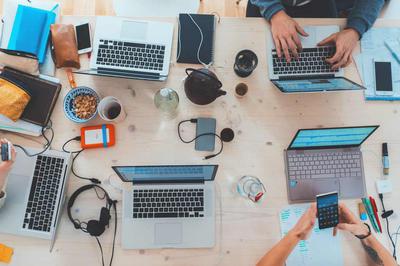 Technology is making our travels infinitely easier - but less enchanting

Here’s how to get some of that magic back “When I was your age…” – we’ve all heard our parents, our grandparents talk about what things were like “back in the day.” Travel is no different. The exponential pace of technological innovation has dramatically changed how we travel – not just for our grandparents and our parents, but for us. When I was a Peace Corps volunteer in rural Peru, I didn’t have a smart phone. I didn’t have Wi-Fi. Imagine! I had to go to the next town over to use the intern 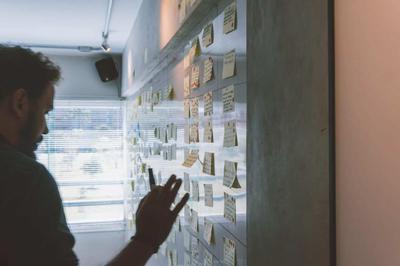 Starting a Business? Make sure you do this first!

A lot of digital nomads are also entrepreneurs — and it’s no coincidence. Both nomading and starting a business require certain characteristics that not everyone has: you have to be willing to leave the security of the familiar, take risks, strive to learn, and invest in yourself. You have to be self-motivated, passionate, proactive, flexible, and perseverant. But some of those same characteristics can be their — our — worst enemy. You charge off into the sunset, ready to execute your great id 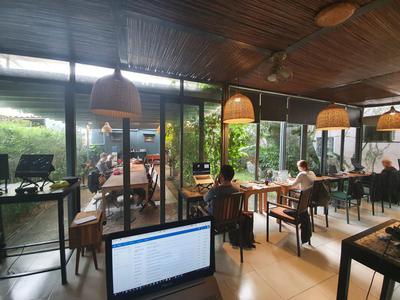 Q&A with Sarah Kuhlemann, Founder of Hub Hoi An in Vietnam

I think that digital nomads won’t die out. People are ready to travel responsibly, and they are in Europe already. We won’t stop traveling. Technology and infrastructure get easier and cheaper, so I think digital nomads will be the first movers within the travel industry. 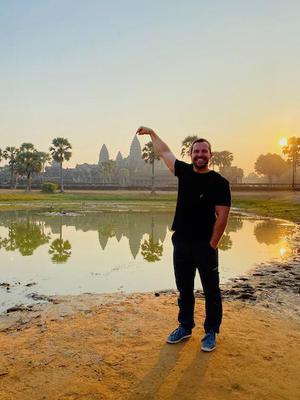 Q&A with Eric Richard, Founder of the Nomad on FIRE Podcast

Eric Richard is the Founder of the Nomad on FIRE Podcast, where he highlights issues around financial independence within the digital nomad lifestyle. 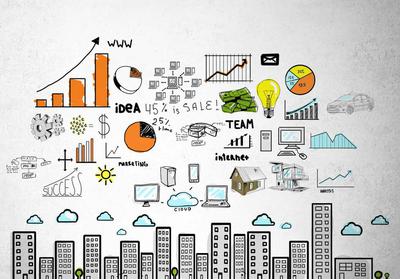 Q&A with Olumide Gbenro of The Digital Nomad Summit

Olumide Gbenro is the founder of the Digital Nomad Summit in Bali. The event was originally planned as an in-person event at the Conrad Hotel, with tickets selling for several hundred dollars. After the Coronavirus pandemic broke out, Olumide adapted the event to be entirely virtual — and free.
Load More Articles
Close ✕